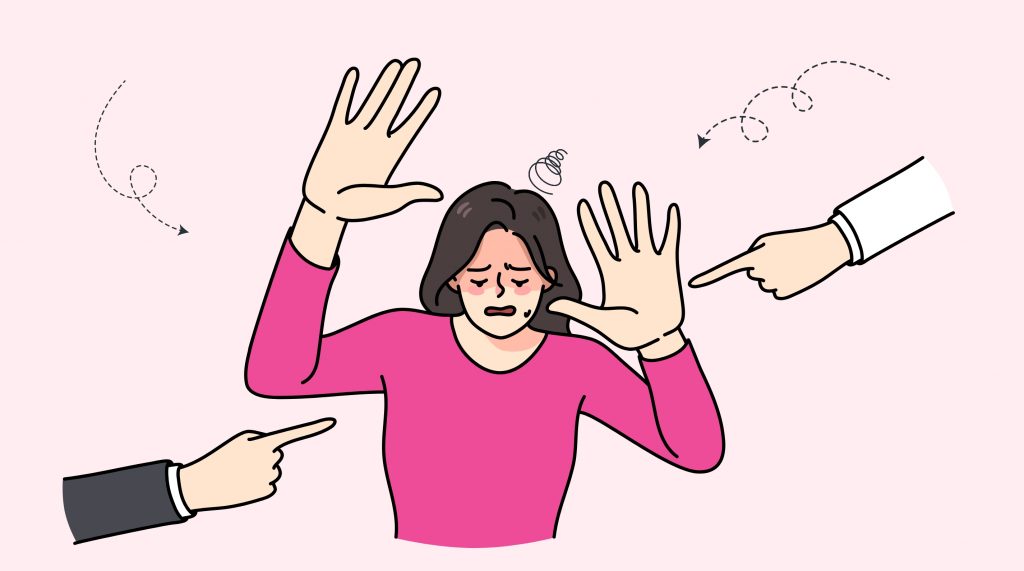 The hidden costs of gender-based violence in India

Gender-based violence is a term that describes any form of violence that is directed at an individual based on their gender identity or gender expression or perceived gender.

Gender-based violence is often rooted in unequal power dynamics between men and women and can occur in both private and public spaces. It is a serious human rights violation that impacts anyone around the world. It takes many forms, including physical, sexual, or emotional abuse, as well as financial or economic coercion. Gender-based violence can have a profound impact on a victim’s physical and mental health, as well as their ability to participate in society. Studies have shown that gender-based violence is associated with an increased risk of HIV infection, STIs, unplanned pregnancy, anxiety, depression, post-traumatic stress disorder, and suicide. To address the problem of gender-based violence, it is essential to raise awareness.

Gender-based violence is not just an issue that occurs within the home – it can also happen in public spaces, at work, or even online. Unfortunately, it is all too common for women and other marginalized groups to be targeted with violence simply because of their gender. This type of violence can take many forms, from physical and sexual assault to stalking and online harassment. And while men can also be victims of gender-based violence, the vast majority of victims are women. Because of this, we must work to raise awareness of the issue and do what we can to prevent it.

Children are sometimes forced to work as a result of poverty and are subjected to gender-based violence. This is due to the power imbalance between children and adults, as well as the often isolated and hidden nature of child labour. Girls are especially at risk of sexual violence, as they are often seen as easy targets by adults who exploit them for labour. In addition, boys may be subject to physical violence if they do not comply with work demands. Children who are subjected to gender-based violence often suffer from long-term mental and physical health problems. They may also struggle to trust adults and have difficulty forming healthy relationships. Children are involved in the sex industry, which makes it one of the most negative types of child labor. Girls who are exposed to it are vulnerable to gender-based violence. This is due to the fact that they are frequently compelled to perform sexual activities against their will, and they are frequently treated as objects rather than human beings. It is therefore essential that any interventions that address child labour also include a focus on preventing and responding to gender-based violence.

Social discrimination based on gender and disability increases the vulnerability to gender-based violence for both men and women with disabilities. This is due to the social attitudes that place a higher value on able-bodied and able-minded individuals. These attitudes result in an underestimation of the abilities of disabled people, which in turn can lead to abuse. Women with disabilities need protection or care, which can make them targets of physical or emotional abuse. This discrimination increases the risks of violence by making it harder for women with disabilities to escape abusive situations and also to get help from the police or other authorities. Disability-related abuse can take many forms, from physical violence to financial exploitation.

Migration can be a stressful and dangerous process, especially for women and other vulnerable groups.  Women may be subjected to physical and sexual violence by intimate partners, strangers, or guards during the journey. They may also face discrimination and exploitation in their new communities. In addition to the physical and emotional toll of gender-based violence, survivors may also suffer long-term consequences such as mental health issues, poverty, and social isolation. Migrant women are particularly vulnerable to gender-based violence due to their lack of legal status, language barriers, and limited access to social services. In many cases, migrant women are afraid to report incidents of violence due to fears of deportation or retaliation. It is essential that all migrants must be made aware of the risks of gender-based violence and know how to access support if they experience it. Governments and aid agencies must also do more to protect vulnerable migrants and ensure that they have access to justice.

6 Wellness Trends Every Mom Should Try This Year

It’s hard to believe that 2023 has arrived! But with a new year, comes the opportunity for new ...

Having a family get-together during the festive period of Christmas can be so much fun! Bringing ...